Will protesters in Iraq get what they want?

Demonstrators fear nothing will change after police crack down and officials propose a recycled set of reforms.
0 Comments 2 Shares
Pocket SMS

Fed up with years of corruption, unemployment and a lack of basic services, tens of thousands of Iraqis are taking to the streets to protest for a better future.

Security forces have responded to the crowds of mostly young men with violence, firing live ammunition, water cannons and tear gas. More than 100 people have been killed and thousands wounded in this latest round of protests, some of the biggest Iraq has seen in years.

Peace was mostly restored after Prime Minister Adil Abdul-Mahdi declared a three-day mourning period for civilians and police killed in the past week. But rights groups say the initial heavy-handed response, as well as a days-long internet blackout, signals officials’ resolve to preserve the status quo.

This is a problem for many of those demonstrating in support of a complete overhaul of the government. Advocates of this strategy say the system that’s been in place for more than a decade only serves those in power, at the expense of everyday Iraqis.

Others believe the best way forward is for the government to make good on a new reform plan to tackle poverty and corruption. But with the prime minister warning that there are "no magic solutions," many are skeptical that things will actually change.

During Monday's episode we ask, will protesters in Iraq get what they want? Join the conversation.

In Iraq, Protesters Are Sick of Corruption and Foreign Influence - Foreign Policy

Thousands of Iraqis call for corruption crackdown amid power shortage

Thousands of Iraqis call for corruption crackdown amid power shortage

The Stream discusses Iraqi views on sectarian violence and the future of their nation. END_OF_DOCUMENT_TOKEN_TO_BE_REPLACED 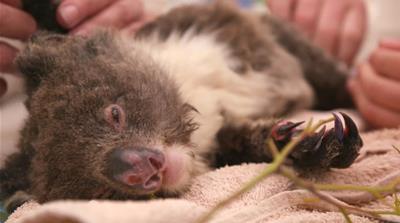